Every decade or so, there’s a new technology, protocol or standard that really makes a dent in the universe, and WPA3 is one of them.

We’ve been writing about Cyberattacks on Medical Devices lately, and how vital it is to ‘secure’ your device, system & network – and include these steps as best practices toward increasing patient safety and protecting PHI in wireless clinical environments.

One of the weakest links has been the wireless environment; especially how hospitals and corporations’ set-up and manage their wireless routers – there are endless hacker ports of entry.

Now a new technology, WPA3, announced by the Wi-Fi Alliance, will provide better protection for all Mission Critical Applications & Networked Systems, and the timing couldn’t be better.

“With over 25 years of wireless engineering experience, I’ve seen more issues with network vulnerability than I can count – and that’s a lot.  We’ve spent vast amounts of time reviewing network system architecture, wireless security plans – as well as manually troubleshooting large systems with sniffers and spectrum analyzers – and in the end, it comes to down knowledge of best practices. 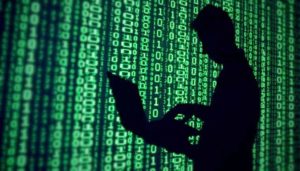 If the system Administrator is professionally trained and understands how to create a plan, updating it over time – and referencing ‘best practices’ when building, configuring and maintaining systems professionally, most vulnerabilities can be discovered during implementation (or upgrades) before they become major security concerns for the people who work at those companies (or hospitals) and depend upon system reliability and security on a 24/7 basis.

WPA3 is a major boost for cybersecurity and protection against cyberattacks due to a serious vulnerability found in WPA2 – it’s imperative that it’s implemented as soon as possible – I can’t recommend this highly enough!”

Here’s the announcement in PCWorld.

Without the protections enabled by WPA3, attackers could simply retry common passwords, such as “123456,” until the router or hotspot let them in. With WPA3, the router could be configured to restrict access or even notify you that an attacker (or just a nosy neighbor) was trying to access your network.

We at Advantu view any improvement in security and product reliability as a good thing – but when you observe a ‘sea change’ like WPA3, it’s something that everyone should not only be aware of – they should update their network security plans ASAP!

If you have any questions about wireless security and configuring your network so it’s locked down completely – reach out to us for a Free Review of your system with Wi-Fi expert, Tom Vaccaro.