This is not something we like to hear – is the Agency tasked with Patient Safety hiding critical defects from Public View?

Per a report by Kaiser Health News, a Doctor performing a routine appendix operation ran headlong into an issue with a faulty surgical stapler – which (it turns out) was already reported, privately.

When the Doctor who experienced this scary moment – searched the FDA’s public database that tracks medical device failures – he found there was nothing reported.

The truly scary part is that, when he queried leading surgeons on the matter, he discovered that more than two-thirds had experienced the same stapler malfunction, or knew a peer who did.

This is life or death. 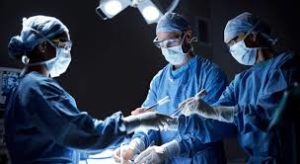 It turned out that the FDA has quietly granted the makers of surgical staplers a special “exemption” allowing them to file reports of malfunctions in a database hidden from doctors and from public view.

This vast and hidden repository of reports on device-related injuries and malfunctions contains (since 2016) at least 1.1 million incidents – which medical experts would need to be aware of, in order to identify problems that could put patients in jeopardy.

There’s a widely scrutinized public database known as MAUDE, which the FDA makes available for doctors to search for problems which could directly impact patient safety. For example, deaths must still be reported in MAUDE. Yet the stapler issue was not reported in MAUDE.

The hidden database has included serious injury and malfunction reports for over 100 medical devices, per the FDA, many of which are implanted in patients or used in countless surgeries. Devices such as surgical staplers, balloon pumps snaked into vessels to improve circulation and mechanical breathing machines.

Even though the FDA said the program is for issues that are “well-known and well-documented with the FDA” it also stated the program was reformed in 2017 as a new voluntary summary reporting program was put in place for up to 5,600 devices.

However, the program (in all its iterations) has been so obscure that it’s virtually unknown to many of the doctors and engineers dedicated to improving public safety.

Even a former FDA commissioner said he knew nothing of the program.

The KHN team went after the FDA and after months of questions, the agency finally confirmed the existence of reporting-exemption programs and thousands of never-before-acknowledged instances of malfunctions or harm.

Here’s where it gets really scary.

FDA records provided to KHN showed that more than 480,000 injuries or malfunctions were reported through the alternative summary reporting program in 2017 alone.

More than a million reports of malfunctions or harm spanning 15 years remain in a database – accessible only to the FDA.

You can submit a Freedom of Information Act request to get that information – but a response can take up to two years.

It seems, in an effort to make bringing medical devices to market easier – the FDA has capitulated its oversight role – and abdicated patient safety to the Medical Device Manufacturers themselves.

It appears one of the biggest culprits of reporting surgical staplers is Medtronic (who owns Covidien, the market leader in surgical staplers) and per a company spokesman, said the firm has used reporting exemptions to file stapler-related reports through July 2017. Ethicon, the other major stapler maker, said it has not.

The public database shows that Medtronic has reported more than 250 deaths related to staplers since 2001.

Imagine what we don’t know. 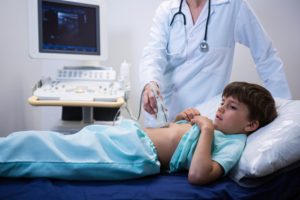 The KHN article goes into great detail regarding patients who’ve been severely injured (due to surgical stapler failures) and of course, the stapler makers are fighting these challenges in Court – so I’ll leave it up to you the reader to decide who the real culprit is.

However – after that reporting exemption was removed, a spike of reports for Covidien’s staples (not to be confused with staplers) appeared. While Medtronic reported 1,000 staple malfunctions or injuries in 2015, the number soared to 11,000 for 2018.

This report by KHN details issues with products by Abbot, Edwards Lifesciences, Medtronic, Intuitive Surgical and makers of the pelvic mesh.

Even though the FDA created these exemptions in order to cut down on redundant paperwork, it’s creating more fear and uncertainty in the market place. In order to allow the FDA to keep up with thousands of reports, the manufacturers would send the FDA a spreadsheet of injury or malfunctions each quarter, half-year or year.

This way the FDA reviewers could quickly look for new problems or spikes in known issues.

This program started in 2000, and since then, the amount of problems being reported privately has ballooned, yet the FDA hasn’t expanded the Review Team to keep up.

Thousands of issues that medical experts and doctors should be able to review, remain hidden, and unnecessary injuries and deaths occur – routinely. Meanwhile, these patient safety issues are all preventable. 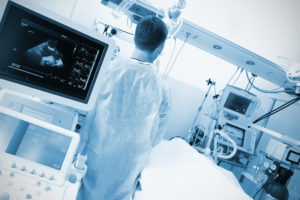 If we can’t trust the FDA to publicly report patient safety issues with medical devices – who can we trust?

Stories like this are what keeps us up at night – and we want to help you avoid the same surprises.

If you want to confirm your Quality & Engineering Processes are solid – reach out & ask our Quality Process Experts for their feedback.